Growing up I was very fond of "Godzilla" and "Gamara" movies. For the non-geeks in the audience, Gamara was a giant monster turtle.....he was a good guy type monster.
Anyway, the fairy tale, monster type stories, I never really got into was the flying dragon type ones. Godzilla to me was just more believable.
Then I got heavy into horticulture, now I believe in flying dragons!! Of course, I am talking about Poncirus trifoliata 'Flying Dragon'.
The dragon is one of only a few deciduous (loses its leaves in Winter) Citrus relatives. Without its leaves it looks like this:

Can you kind of see how it got its name? The branches look like dragons in flight. 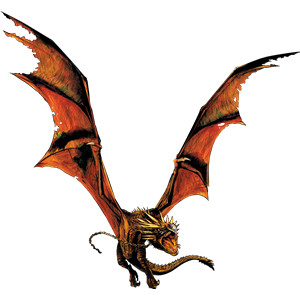 There is also a straight form of the Poncirus trifoliata, all information regarding the two are interchangeable, other than the twisted stems.
Introduced to the U.S. from Japan in 1915. Highly prized in the Orient, where it has been cultivated for centuries. The dragon is used primarily as rootstock for other Citrus trees. A rootstock is a plant onto which another plant is grafted onto. Why would you want to graft one kind of Citrus onto another?
Flying Dragon is used for a number of reasons:
1) It gives some cold hardiness to the Citrus on top. FD is considered cold hardy to about -15 degrees. So folks as far north as Cape Cod, Massachusetts can grow the Flying Dragon. Sorry my northern friends, the scion (Citrus on top) will not survive that cold. It only offers it a couple of extra degrees of protection.
2) It dwarfs the Citrus tree. A dwarf tree is simply one defined by convention as being about 5 to 6 feet tall at maturity. In other words, a common grapefruit or sweet orange tree on "standard" or non-dwarfing rootstock will reach a 15 to 20-foot height at maturity, while a tree on Flying Dragon may grow to only "dwarf" size.
3) It also offers some resistance to certain soil borne illnesses. One example is it has resistance to Phytophthora foot rot. Foot rot, is also known as brown rot gummosis. This disease can affect the root system, the trunk below and above ground, branches, leaves, blossoms and fruit. Infection of the lower areas of the trunk results in dark, water-soaked areas in the active areas of infection. Often gum exudes profusely from active lesions. The dead bark frequently breaks away from the wood in vertical strips. In other words, a really nasty disease for Citrus.
The Flying Dragon is considered a slow growing tree. Requires full sun and a well draining soil. It does very well in containers and can be used as a Bonsai. It is also used for hybridization or breeding of other types of Citrus trees. I mentioned the cold hardiness of FD's. Breeders have been crossing the Poncirus with many other kinds of Citrus, trying to introduce that cold hardiness into some of the better tasting fruits. There has been very little success. There are a few good crosses out there however, Dragon Lime being one. This is a cross between the Flying Dragon and probably a Sweet Orange, though the exact parentage is not known. It has a Limeade like taste and is the size of a Sweet Orange. If nothing else,they have come up with some really weird names due to the crossings: Citradia (Poncirus and Seville Orange)....Citraldin (Poncirus and Calamondin) and my favorite... Tai-Tri (Poncirus trifoliata and Citrus taiwanica).
What about the fruit that it produces on its own? Have you ever tasted kerosene? That pretty much describes the flavor. They are edible in the sense that you won't die from eating them, but you may wish you would. Michael Dirr, in his "Manual of Woody Landscape Plants", comments that "Ripe fruits set aside for several weeks become juicy and develop a sprightly, slightly acid flavor. Serves as a substitute for lemon, pulp can be made into marmalade, and peel can be candied". I have never waited several weeks to try this, I can't get past the initial smell and gag reflex. They are ugly, seedy little fruits too, about the size of golfballs:

When growing FD beware of the thorns. I read somewhere that it maybe illegal to put barbed wire around your home, but the dragon is a very good, legal, substitute.(See very first picture again) Imagine having a solid hedge of this around your yard?
The name Poncirus trifoliata reveals a little about its description. The word trifoliata is a form of the word trifoliate or having three leaves or leaflike parts. As you can see in this picture: 
The dragon also produces pretty white flower that are fragrant and attract bees. With all this being said, Lets recap what that the Poncirus trifoliata is good for, Grafting, Hybridization, Ornamental, Stalag 13 encampment and one last thing that I haven't mentioned......They are good for Target Practice!!
Happy Growing!
Darren
Posted by Darren at 12:40 PM